Happy Valentine’s day! Today’s the perfect day to share your love of Giganews with friends and family. When you refer a friend that sticks around Giganews for a month or more, we’ll give you up to a free month of Usenet – whatever the value of that account is. Everybody wins!

Happy Data Privacy Day! Data Privacy Day (DPD) is an international effort centered on Respecting Privacy, Safeguarding Data and Enabling Trust. We’re very excited to be a Data Privacy Day Champion and we have had a long history of working to protect Giganews member’s data online.

2006: Giganews Becomes the First to Encrypt Usenet
ISPs began throttling, shaping and inspecting NNTP Usenet traffic. So in November of 2006, we provided encrypted 256 bit SSL to Giganews accounts. We were the first Usenet provider to do so. We even showed that SSL could increase your Usenet access speed.

2010: Giganews Becomes the First to Bundle VPN
On March 10, 2010, we launched our partnership with Golden Frog to offer VyprVPN to Giganews members. Not only could members encrypt their Usenet connection with SSL, but now they could encrypt their entire internet connection end-to-end for greater privacy and security across the board.

2011: Giganews Becomes the First to Bundle Encrypted Storage
Continuing our partnership with Golden Frog, we included Dump Truck – Secure Online Encrypted Storage free for all members. We wanted to ensure our members had a safe place to store their files online.

The Future
As the market leader in Usenet, we have a responsibility to continue supporting your privacy on the web, and we have no intention of stopping now. All of our accounts include 256 bit SSL, encrypted Dump Truck storage and our Platinum and Diamond accounts include VyprVPN for free. 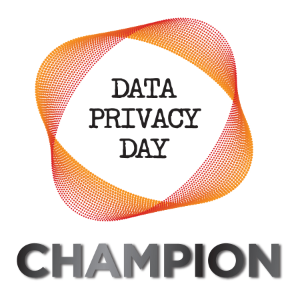 We would like to wish all Giganews members Happy Holidays and the best for 2015. Without all of our great members, Giganews would not be what it is today. We are honored by all of your support.

Have a wonderful holiday season,